So many users have complained about getting amfid patch error while jailreaking their iPhone,iPads. This error is most usually occured when you are trying to install electra1131 jailbreak on iOS 11. beta 1, beta2, beta 3 versions.

Personally I was having this issue. And I tried to work on it to discover a fix. But some things I tried, some i didn’t because I did not have a backup of my phone and there was too much data too risk. However you can try the following methods.

AMDID PATCH (codesigning bypass), is not even as important as a kernel exploit. But you can’t get to your result without fixing it.

The error Error: amfid patch means that electra was unable to install cydia,jaillbreak on your device succesfully. 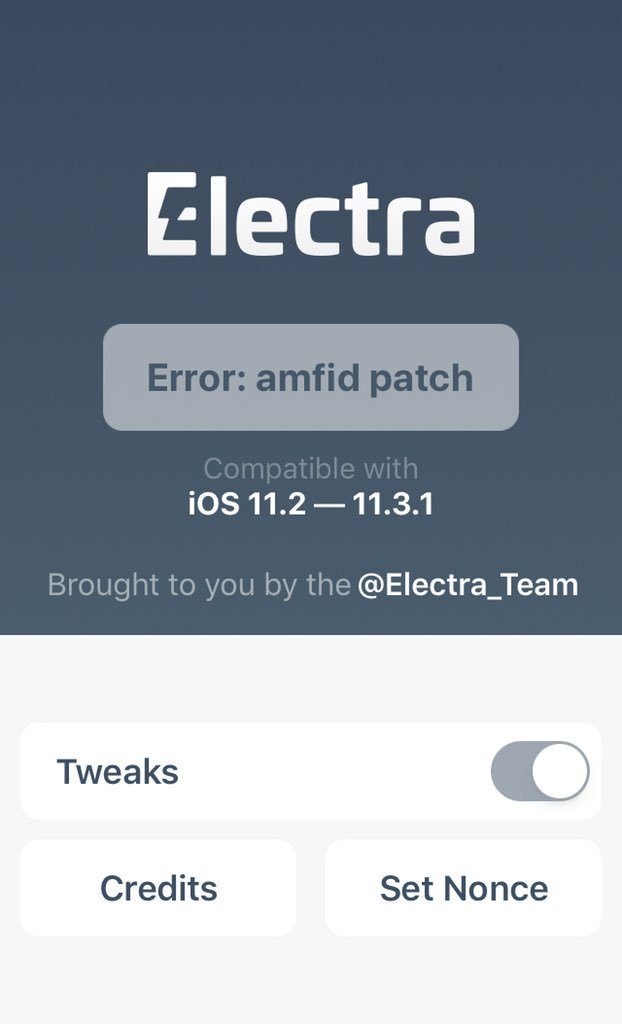 HOW TO FIX ERROR: AMFID PATCH ON ELECTRA1131 JAILBREAK

The first and foremost thing you should try to do is.

First and foremost thing you can try to do is to Restart your Device. Try again . If yous till get the error. Restart again. During the process your device will automatically restart also. But you should keep on trying after the reboot.

Well, the only legit fix for “Error: amfid patch” is only this. That you keep on retrying again and again. And eventually you will succeed. Sounds illogical. But that is the best way.

Several users have reported that they were able to get past it by retrying almost over 200 times. That is if you have the patience to.

The second method is that if you have modified your iPhone or iPad using Filza. It will be difficult to get past this error.

You should try to reset your changes that you have made to your device filesystem. Then run the electra 1131 jailbreak for iOS 11.2 – 11.4 again .

If all goes well. Hopefully you will see good result.

This is a simple solution to try. Uncheck all the options in Siri settings. Turn on airplane mode. Try again. If no effect then. Try to install bybyupdates from ignition.fun and then try again.

This seems to have solved the amfid patch error issue for some users.

The last method I can tell you is that you should Unjailbreak your device using the Delectra Script. You can check the yalujailbreak method to fully uninstall electra from your iPhone or ipad.

Some other things you can try are,

Well that’s about it. Let me know which method helped you in the comments. So that everyone else might get past this amfid patch error.